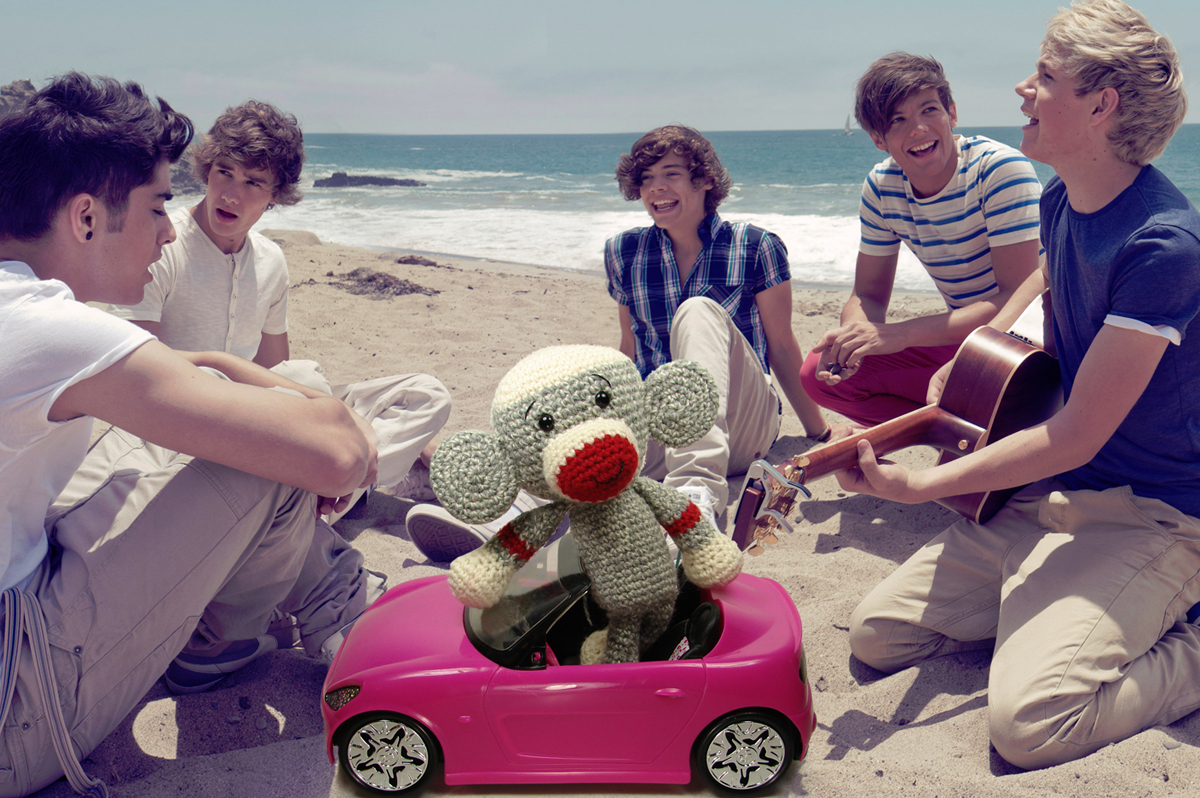 The popular boy band One Direction has announced it will be collaborating with the newest international sensation, MonKen on an upcoming song  for their new album.  A spokesperson for 1D says that MonKen will add a second direction to One Direction. “Monken is so good, he may even add a third direction!” he said.

One thing’s for sure, Monken has been going every direction lately. He’s been taking the world by storm, with girls (and some boys) of all ages falling in love at the mere sight of him. No one seems to be able to figure out just exactly what it is that makes him so darn cute. But they all agree that MonKen is adorable.

When asked why the band teamed up with MonKen, Harry Styles said: “We were putting on concerts, and nobody was showing up. We found out later that everyone was hangin’ out with MonKen down the street. We just figured, if we didn’t do something soon, it would be all over for us.” The next day, One Direction’s people contacted MonKen’s people, and the rest is history.

Can MonKen single-handedly save the careers of 1D? We think so, and the other band members agree:
“The little fella is just sooo talented” says Niall Horan.
“That dude is genius. From his fuzzy little nubs, to his piercing safety eyes – Just pure genius”  was Zayn Malik’s comment.
“With MonKen’s help, our new song will surely be the biggest hit in the history of music” claims Liam Payne.
“We ask that all of our fans support MonKen in any way they can – He’s made our future success possible” pleaded Louis Tomlinson.

We were curious what the fans thought, so we took to the street for answers. Kiwi J had this to say: “MonKen and I go way back. I always knew he would do awesome things, because, well… he’s awesome. That’s just how it is.” Allie had a different opinion: “I’m not puttin’ those guys back on my Ipod. I do think MonKen is cool though. I thought I saw him at the amusement park yesterday, but I’d already been waiting in line for the roller coaster for 2 hours, and didn’t want to give up my spot.

So, there you have it. The latest information about how One Direction will continue to have hit songs. We will also be having an exclusive interview with the one and only, MonKen in just a few short weeks. Stop back again, and thanks for visiting!

Get Close To My Heart

I'm happy to announce that I am now a Close To My Heart consultant. They have some great products that I'll be demonstrating right here.

Click the logo to visit my store, and please do send me an e-mail if you already love their products, or have any questions.